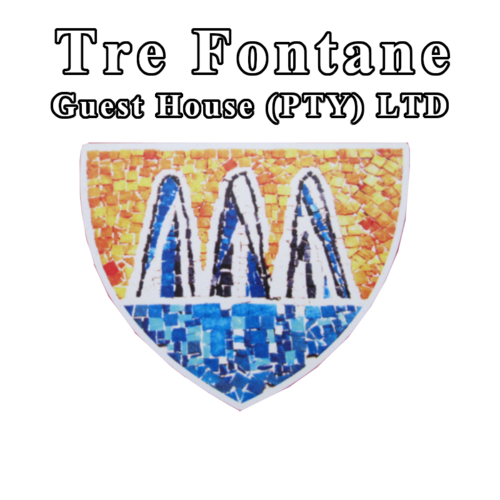 Who We Are at Tre Fontane Guesthouse

It forms part of the Mariannhill complex Founded in 1882, one of the larges Monasteries in the Southern Hemisphere. Mariannhill, Mariannhill

is now one of the largest mission centres in Southern Africa. Tre Fontane (Three Fountains) Guest House was built in 1965 as a guest house to offer

accommodation for visitors and holiday makers and is run by the Missionary Sisters of the Precious Blood, an international Congregation founded in 1885 at

Mariannhill by Abbot Francis Pfanner. Following the example of Abbot Franz, we care for the well-being and spiritual needs of all who seek rest and peace here.

Through their work and prayer the Missionary Sisters of the Precious Blood want to proclaim the redeeming Love of Jesus Christ to all people.

Sr. Clair, Sr Bernedette (directors) and gaynor (manager) care for the well being of all the guests and maintenance of Tre Fontane Guesthouse.

Christine  will welcome you and help you to find your room, take your booking and to see any of your needs.

Our grounds maintenances team takes care of our beautiful garden, sparkling pool and the upkeep of the house.

Our friendly night staff are at your service during the evening and early mornings caring for all your needs.

Approachable and caring staff  who service your rooms on a daily basis.